The work on involuntary resettlement has focused on the impacts of displacement, place attachment, resistance movements, and resettlement project analysis.

The work on disasters has focused on issues of post-disaster aid and reconstruction, vulnerability analysis and social organization, including class/race/ethnicity/gender based patterns of differential aid distribution, social consensus and conflict, and social mobilization of community-based reconstruction efforts.

He has authored, edited or co-edited 8 books and over 70 journal articles and book chapters.

Anthony Oliver-Smith is Professor Emeritus of Anthropology at the University of Florida. He is also affiliated with the Center for Latin American Studies and the School of Natural Resources and Environment at that institution. He has held the Greenleaf Chair of Latin American Studies at the Stone Center for Latin American Studies at Tulane University(2008) and the Munich Re Foundation Chair on Social Vulnerability at the United Nations University Institute on Environment and Human Security in Bonn, Germany(2007). He has been awarded the Bronislaw Malinowski Award of the Society for Applied Anthropology for 2013 for his lifetime achievement and work in disaster studies and resettlement research. He has done anthropological research and consultation on issues relating to disasters and involuntary resettlement in Peru, Honduras, India, Brazil, Jamaica, Mexico, Japan, and the United States. He has served on the executive boards of the National Association of Practicing Anthropologists and the Society for Applied Anthropology and on the Social Sciences Committee of the Earthquake Engineering Research Institute. He is also a member of La Red de Estudios Sociales en Prevención de Desastres en America Latina and is on the editorial boards of Environmental Disasters, the International Journal of Disaster Risk Reduction and Desastres y Sociedad. He is currently a member of the scientific committee on Integrated Research on Disaster Risk of the International Council for Science and the Climate Change Task Force of the American Anthropological Association. 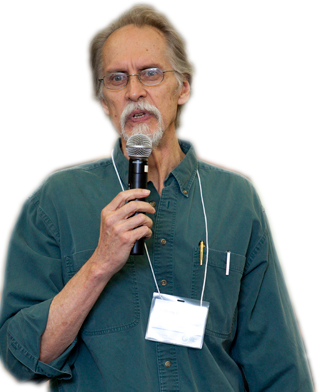 Anthropology and the Political Economy of Disasters

Disasters are densely interwoven with anthropology's research agenda, particularly in regard to adaptation.

There are few more bitterly contested issues in the field of development today than the displacement and resettlement of people and communities by large-scale infrastructural projects.

WHEN HURRICANE KATRINA STRUCK THE GULF COAST AT THE END OF AUGUST 2005, it displaced well over 1 million people and by some estimates as many as 1.5 million people.

Disasters have become a metaphor for many processes and events currently unfolding in the contemporary world. In scholarly and popular literature, the word "disaster" is frequently associated with a wide array of contemporary problems.

The twenthieth century saw enromous numbers of people set in motion against their will. For example in 1999, civil and international conflicts produced twenty-one million refugees who fled accos international borders to escape violence.

Until recently, disaster research and management have focu sed largely on the infrastructural, demographic, political, ecological and socioeconomic aspects of disaster, from pre-event vulnerability to impact and through reconstruction, in the process almost totally ignoring the cultural...

Lima, Peru: Underdevelopment and vulnerability to hazards in the city of the kings

Displacement, Resistance and the Critique of Development: From the Grass Roots to the Global

Challenging the currently dominant neoliberal policies, voices articulating alternative approaches to development have appeared in the many regions of the world that have been forced to confront a wide variety of losses, costs and calamities...

Migration, whether permanent or temporary, has long been a response or su rvival strategy for people experiencing environmental change (Hugo 1996). Throughout human existence, adapting to environmental fluctuations, sometimes expressed in 'natural' disasters,...

When a new national park or wildlife reserve is established, the press released tend to evoke images of the rescue of pristine nature and the protection of imposing and noble specied like the sequoia or the jaguar from the ravages of human greed and growth.

Climate Change and Population Displacement: Disasters and Diasporas in the twenty-first Century

Disasters are not accidents or acts of God. 8 They are deeply rooted in the social, economic, and environmental history of the societies where they occur. Moreover, disasters are far more than catastrophic events; they are processes that unfold through time,...

About fifteen years ago, a perspective emerged in the social scientific study of disasters in which an overall reconsideration of disasters as "extreme events" was undertaken. That is, disasters began to be interpreted less as the result of geophysical extremes such as storms...

Post-Disaster Housing Reconstruction and Social Inequality: A Challenge to Policy and Practice

In post-disaster reconstruction the social aspects of housing provision are important for the success of both emergency shelters and permanent housing, particularly in settlements that have been permanently relocated or entirely rebuilt.

Resistance to Resettlement: The formation and evolution of movements

This paper examines the formation and evolution of social movements emerging from resistance to development projects and other causes that result in large scale removal of communities and people from home environments.

Initiatives for safer housing in Jamaica - an overview

In September 1988, Hurricane Gilbert swept over the Caribbean and the Gulf coast of Mexico, leaving havoc and destruction in its wake. The hurricane destroyed or damaged almost fifty-five per cent of Jamaica's housing stock.

Successes and Failures in Post-Disaster Resettlement

What is a Disaster. Anthropological Perspectives on a Persistent Question

Disasters have been studied from a social scientific perspective for roughly seven decades. During this span multiple conceptual and the thematic foci emerged from a variety of origins, each contribuiting in different ways to the overall development of the field.

Theorizing Vulnerability in a Globalized World

Vulnerability is fundamentally a political ecological concept. Political ecology blends a focus on the relationship that the people have with their environment with close attention to the political economic forces characteristics of a society in which they live that shape and condition...

Understanding Impoverishment Fighting for a Place

In Goethe's Faust, in the conflict between the protagonist and Philemon and Baucis, and aged couple who refuse to be relocated to make way for faust's triumphant final project, the author evokes the modern images of the developer and the 'people in the way' who must... 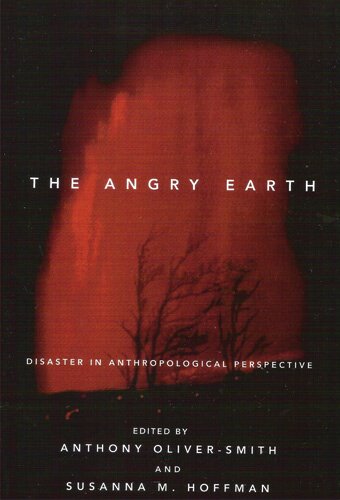 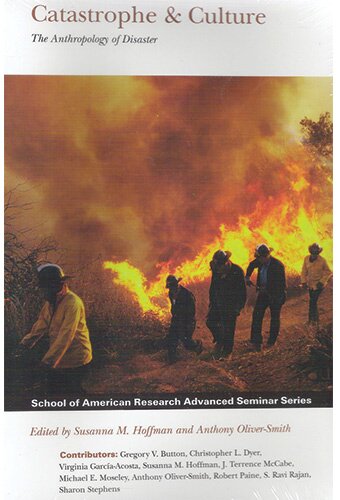 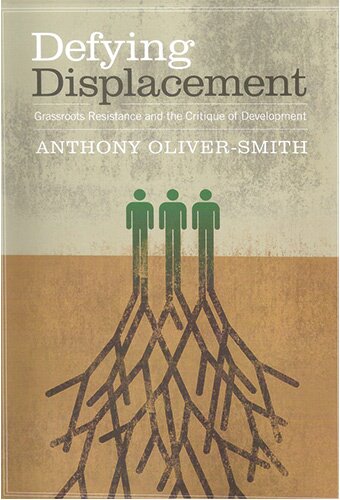 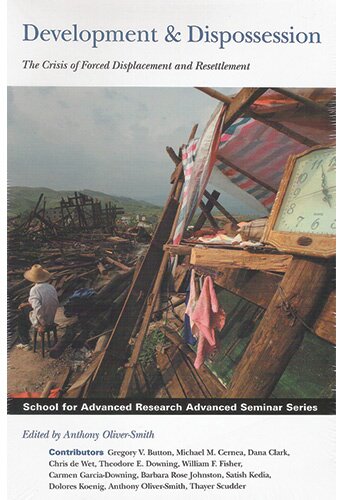 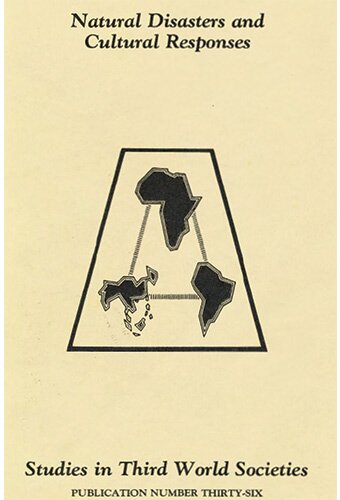 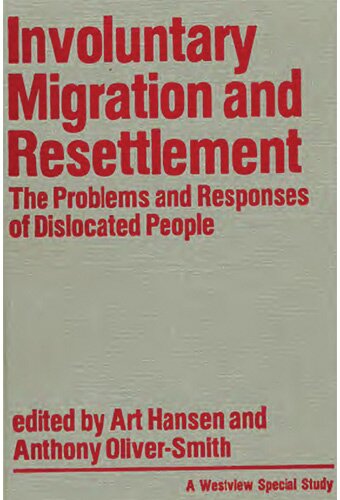 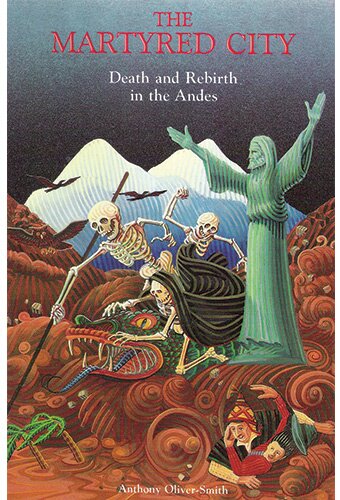 2015 FORIN: Root Cause Analysis and the process of development. Keynote Panel at The First Northern European Conference on Emergency and Disaster Studies, Copenhagen, December 9-11.

2012 “Social Vulnerability, Climate Change and Development: A Matter of Choice?” Keynote Address at the Capstone Conference of the Munich Re Foundation-United Nations University Institute on Environment and Human Security, October 8. Bonn, Germany.

Keynote lecture at the Symposium entitled "Climates of Migration" at the Rachel Carson Center,

2011 "Conversations in Catastrophe: The Cultural Framing of Disaster Processes," Keynote lecture at the workshop entitled Cultures and Disasters at Bielefeld University, Germany July 6.

2010 "Questions We Need to Ask Ourselves about Climate Change, Poverty and Environmental Justice," at the University of Tennessee Distinguished Lecture series on Human Rights, Disasters and Development, April 14,, Knoxville, Tennessee.

2009-“Out of Place: Mapping the Terrain for a Unified Theory of Involuntary Migration and Resettlement,” Keynote Lecture at the conference entitled The Role of the State in Population Movements: The Circumpolar North and Other Regions. Rovaniemi, Finland. October 26.

The Political Ecology of Disasters